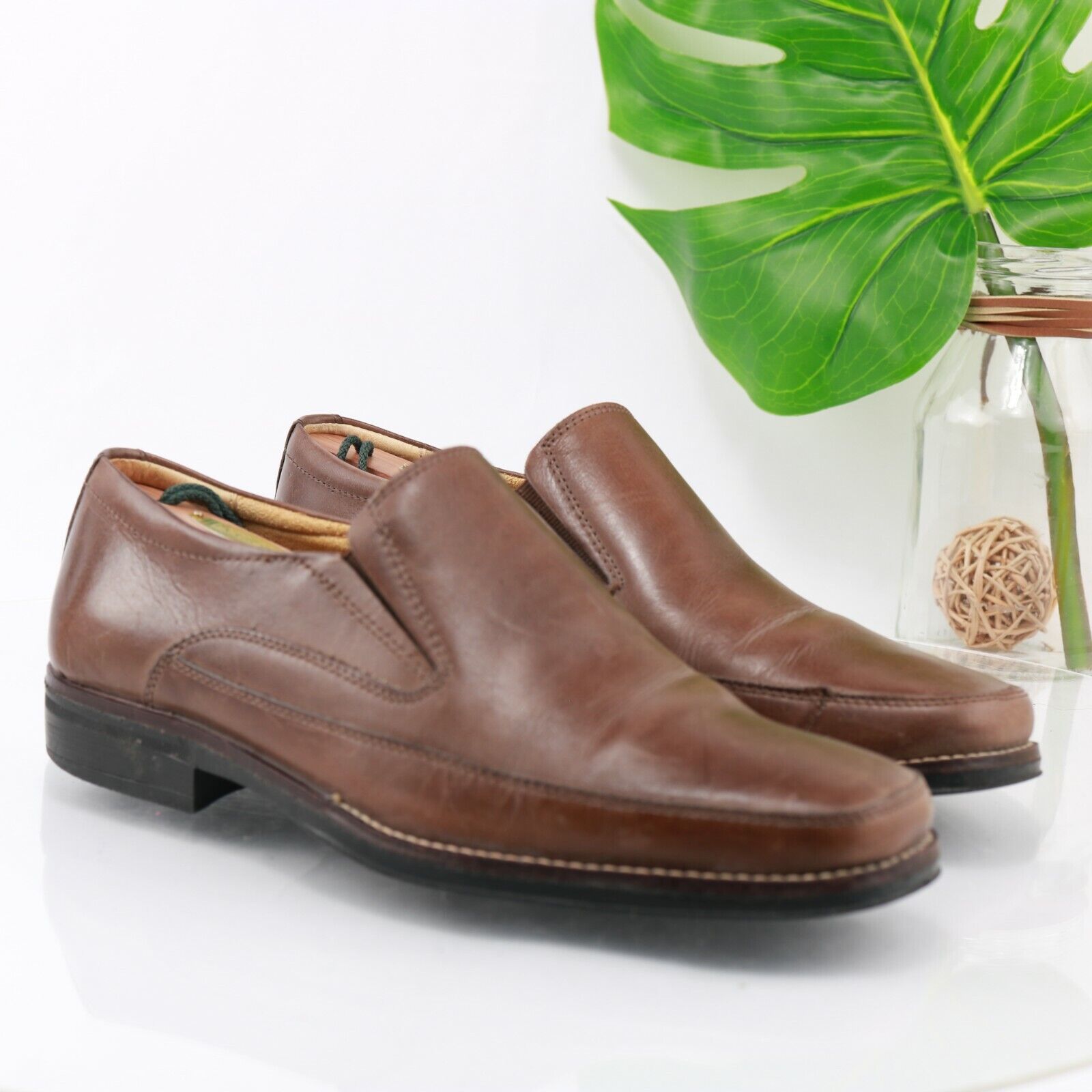 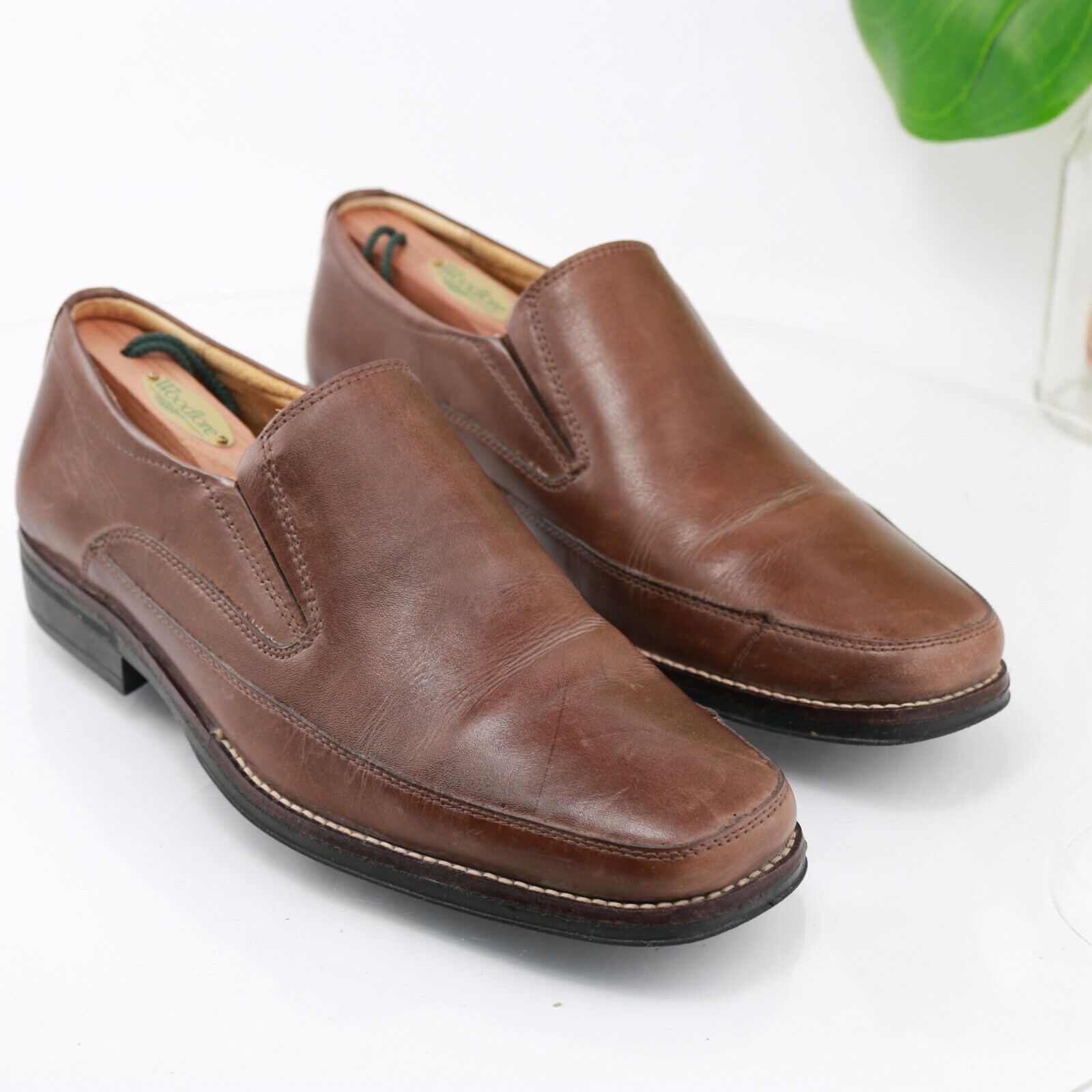 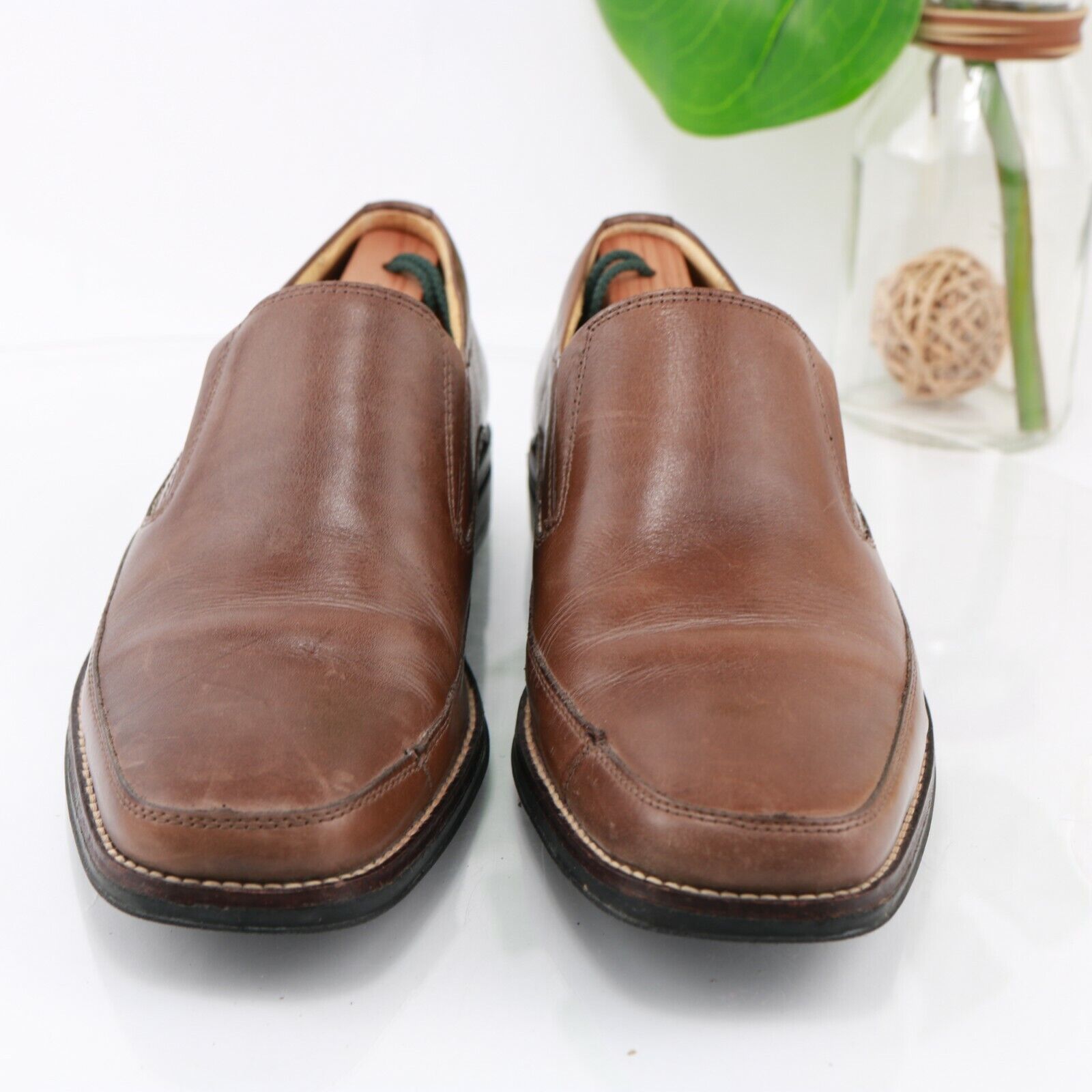 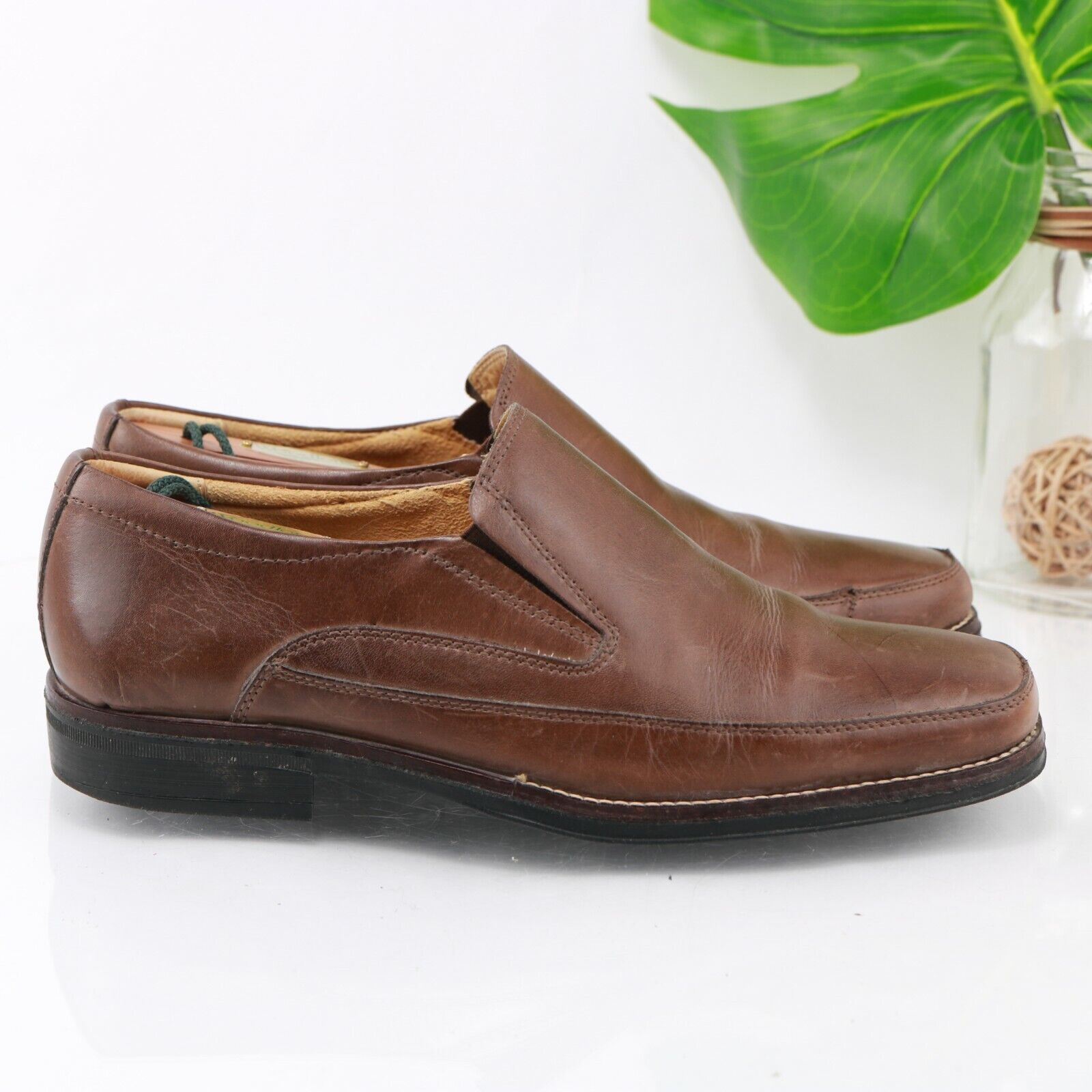 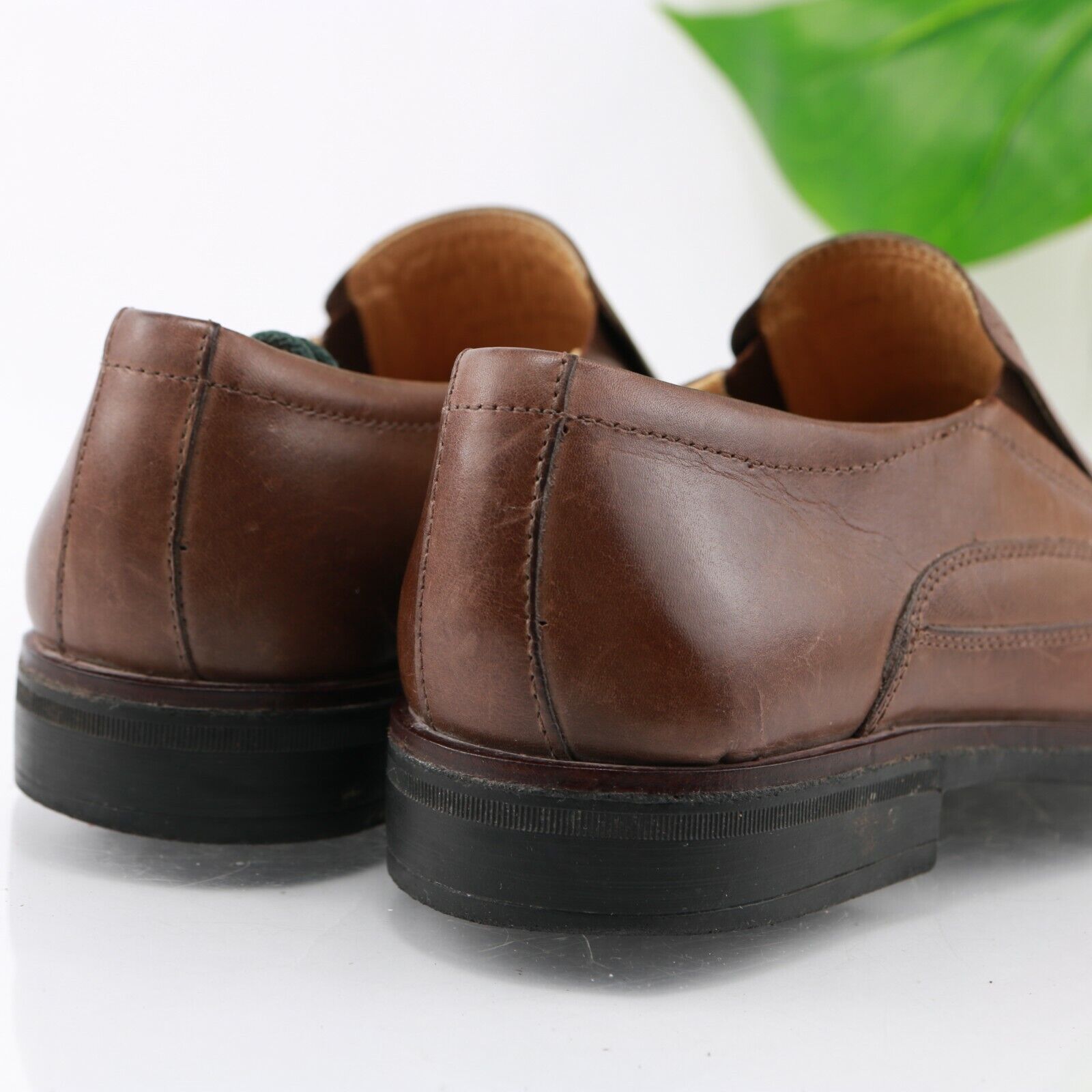 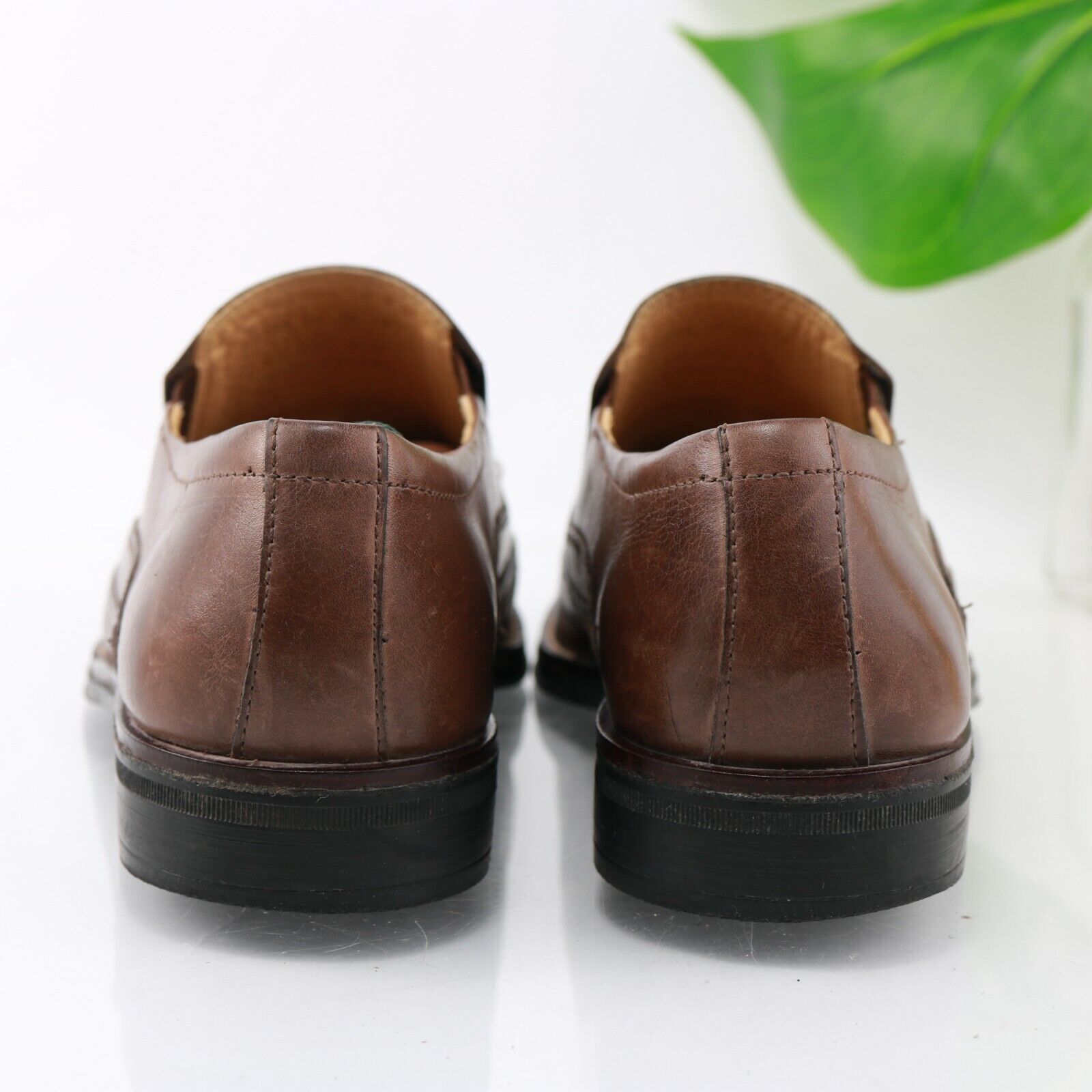 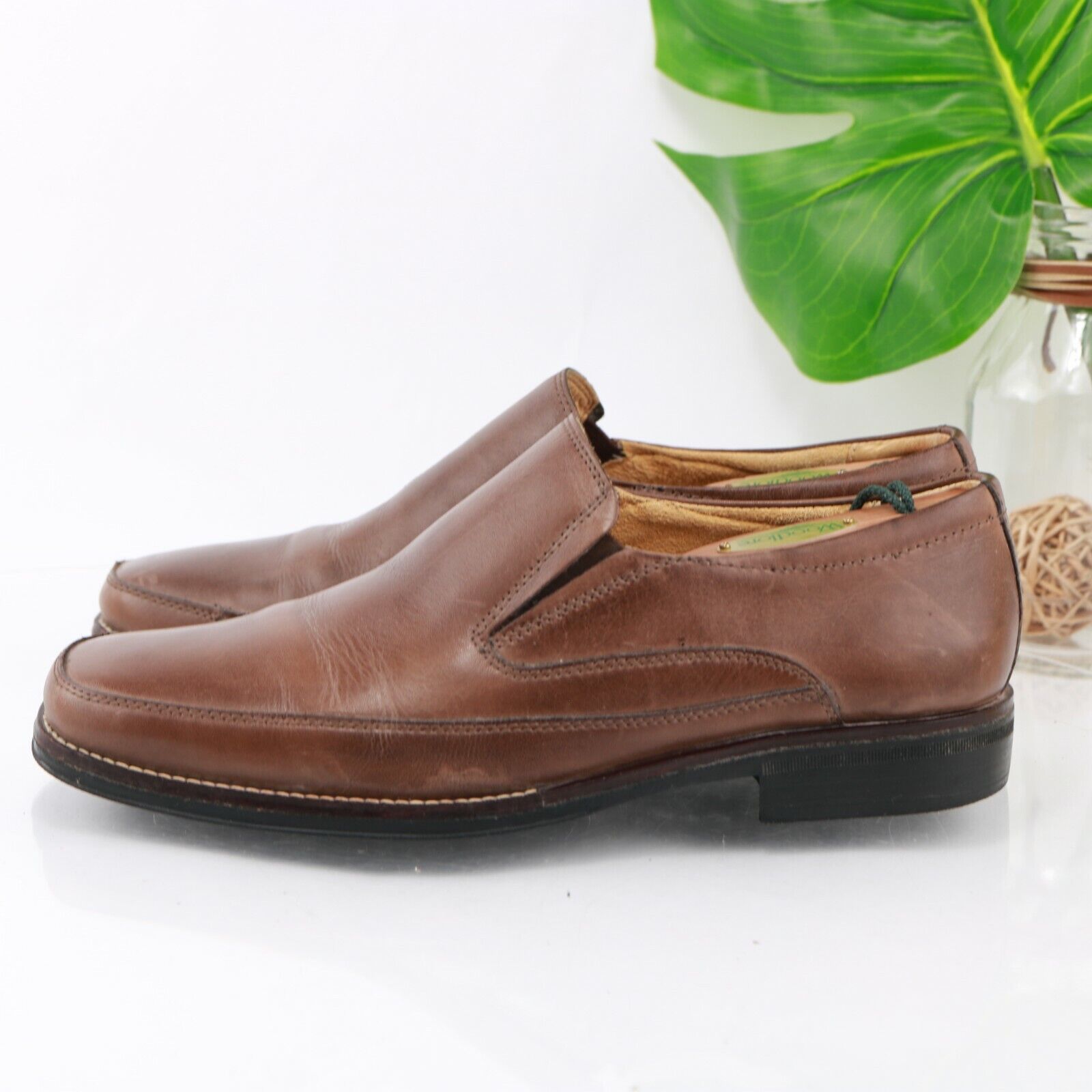 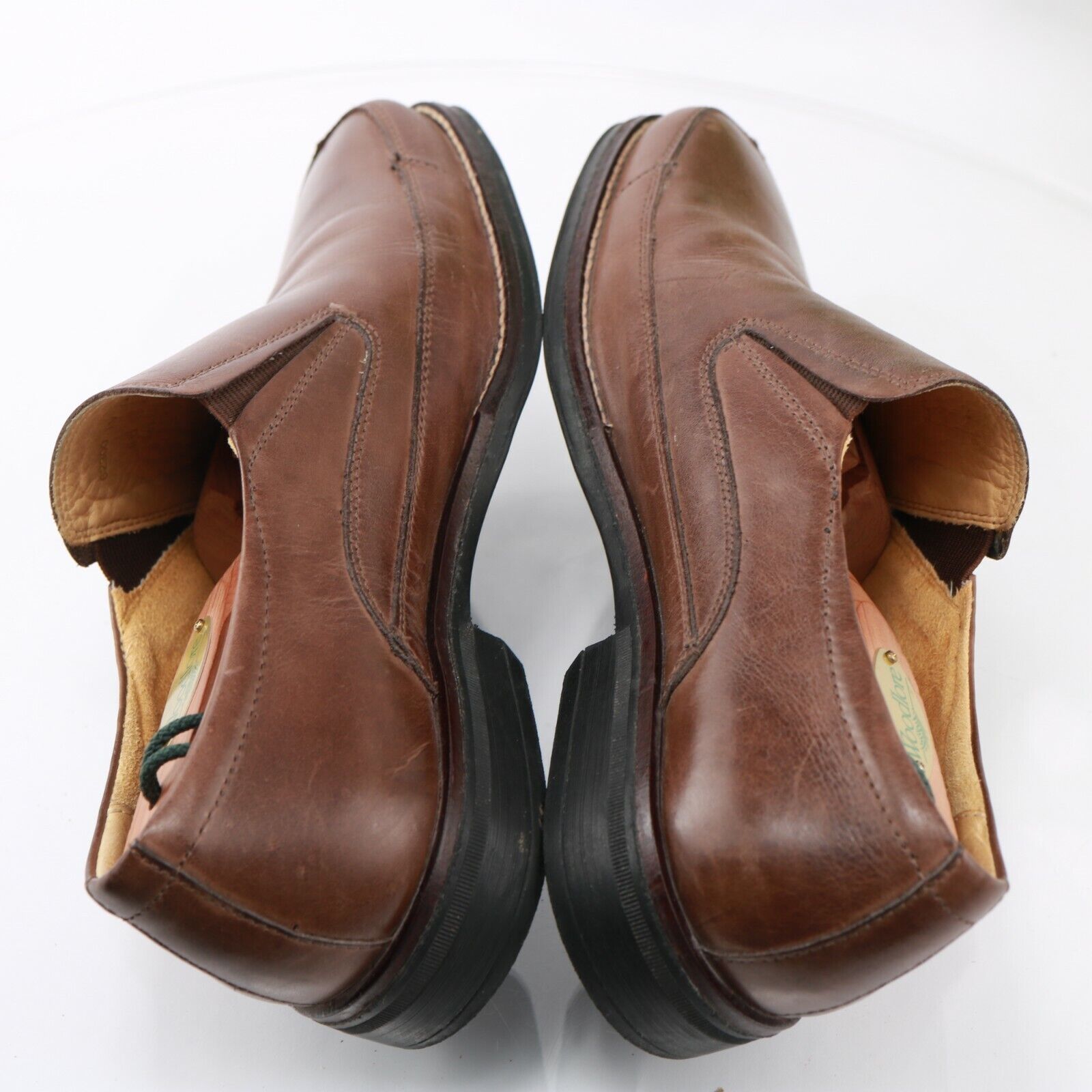 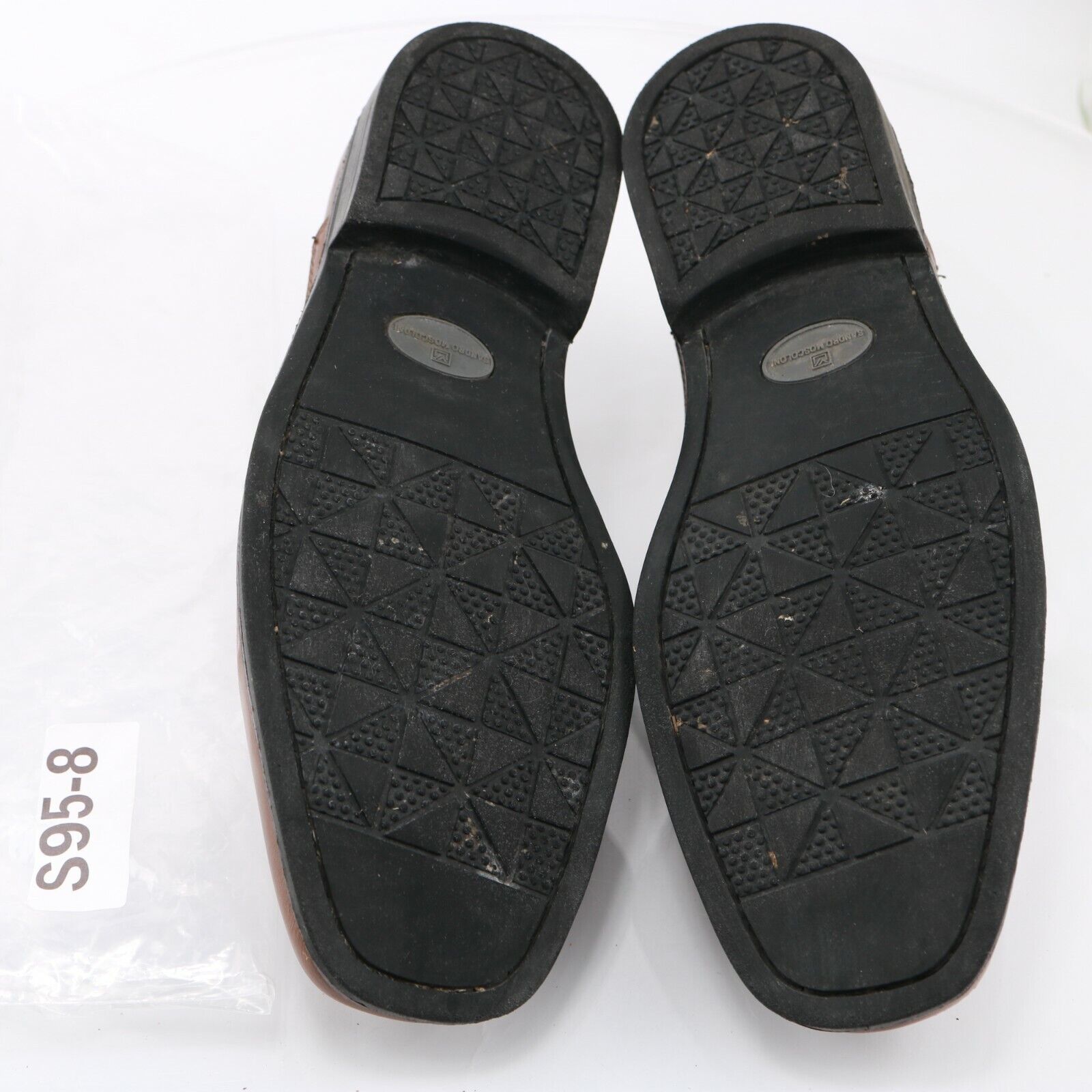 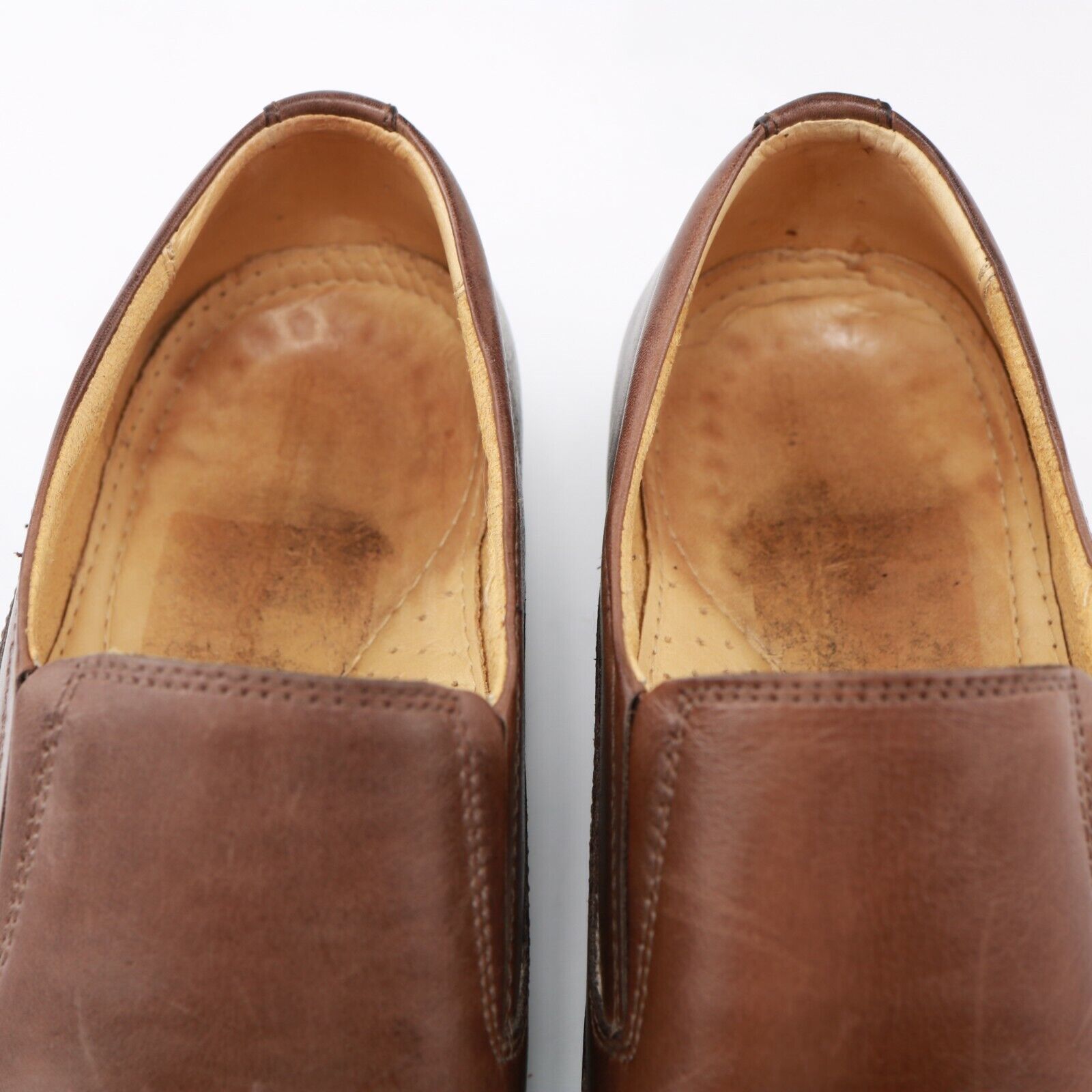 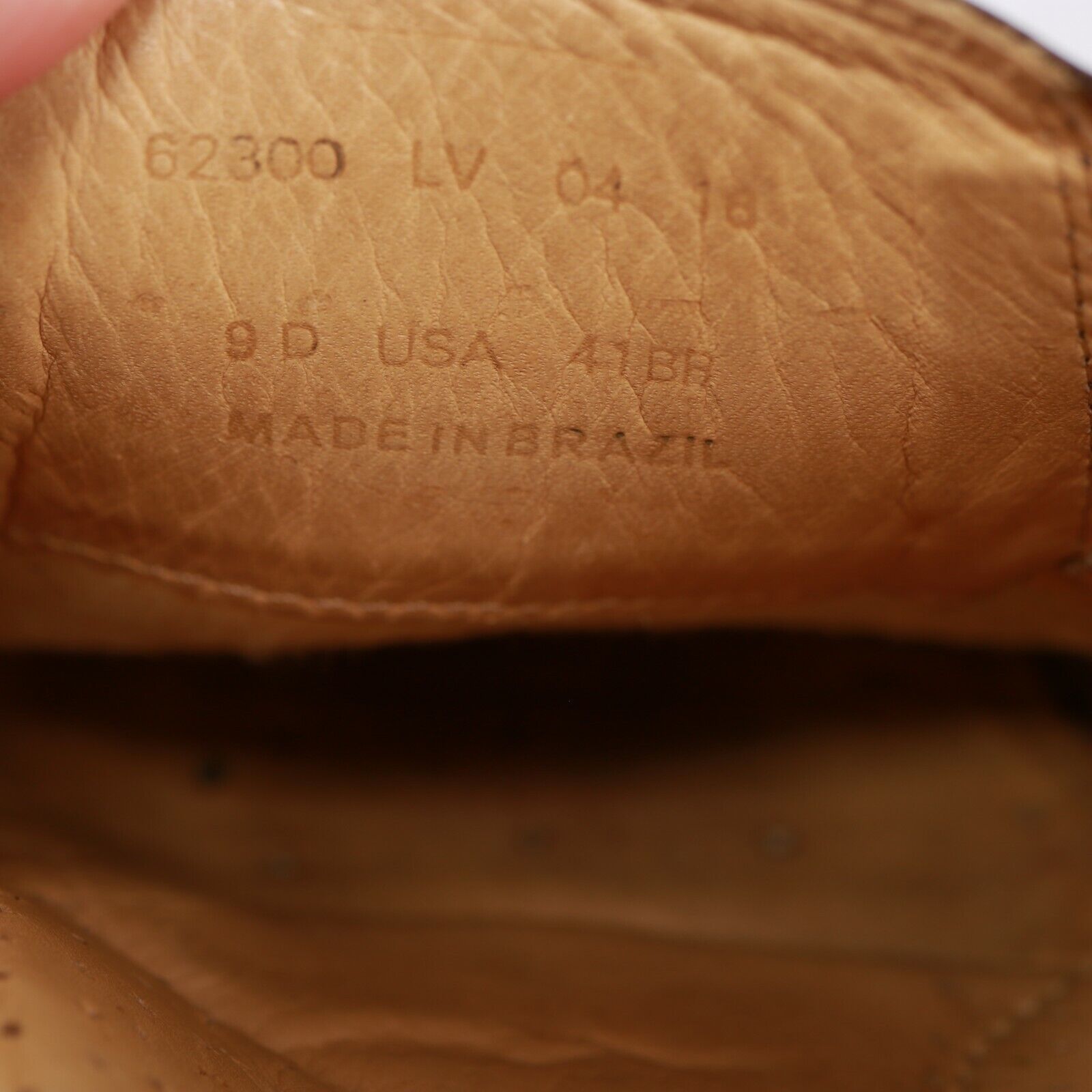 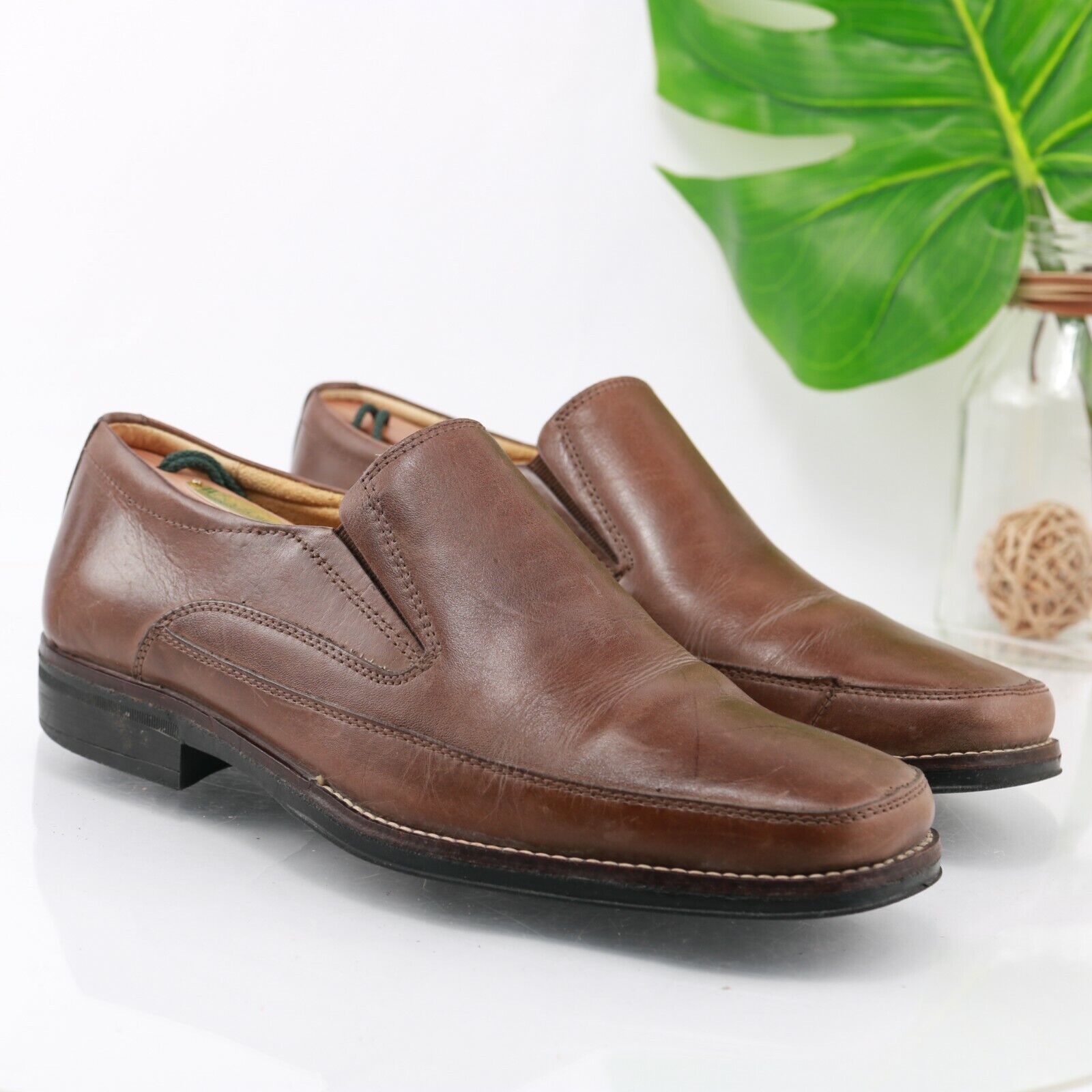 Scenes From the Collection

Explore 4,000 years of art and Jewish culture at the Museum or from home

Under One Sky: Concert for Sukkot
YouTube Video Premiere

Welcome to the Jewish Museum, a museum in New York City at the intersection of art and Jewish culture for people of all backgrounds. Whether you visit our home in the elegant Warburg mansion on Museum Mile, or engage with us online, there is something for everyone. Through our exhibitions, programs, and collection of nearly 30,000 works of art, ceremonial objects, and media, visitors can journey through 4,000 years of art and Jewish culture from around the world.

The Jewish Museum is dedicated to the enjoyment, understanding, and preservation of the artistic and cultural heritage of the Jewish people through its unparalleled collections and distinguished exhibitions. Learn More

The Jewish Museum was founded in 1904 in the library of the Jewish Theological Seminary of America, where it was housed for more than four decades. Located along New York's Museum Mile, this elegant former residence has been the home of the Museum since 1947. Learn More

Explore exhibitions as a family with this selection of hands-on art activities you can do together at home.

Enjoy this second selection of at-home art activities inspired by exhibitions on view and the Jewish Museum’s collection. These new activities, which relate to works in the Jewish Museum’s spring and summer exhibitions, playfully explore art processes related to photography, sculpture, and more. The materials listed are suggestions; feel free to use any alternatives that you have available in your home. Have fun sharing ideas and exploring new ways of creating art together as a family!

This photograph by Lilian Bassman was included in the fashion magazine Harper’s Bazaar in 1950. Bassman was a photographer and art director who grew up in New York City, and she often captured people in their natural settings. As an editor, she was also known for her innovative use of color and graphic design.

For this activity, use your camera to take a unique portrait of yourself or a family member inspired by Lilian Bassman’s picture.

The artist team Grete Stern and Ellen Auerbach created this image as an advertisement for hair coloring products. Born in Germany, the two friends started a photography and design studio together in Berlin called Ringl + Pit, which were also their childhood nicknames. For this activity, create a portrait using found objects and collage paper inspired by this photograph by Ringl + Pit.

Louise Bourgeois was a French-American artist. She created sculptures inspired by her imagination and her memories, as well as by the human body. She was also an expert painter and printmaker. As a child, Bourgeois helped sew, weave, and draw designs in her parents’ tapestry repair studio.

For this activity, focus on repetition and building upwards to create a pair of sculptures using found materials.

For this activity, use watercolors to paint an imaginative character to represent yourself or someone you know.

At-Home Art Projects for Families, Part 2 was originally published in Vintage 1981 Jointed Plush Bear 12 Inch With Dallas Cowboys Shir on Medium, where people are continuing the conversation by highlighting and responding to this story.

A popular theme in television and film, holidays provide the opportunity to explore situations that many of us can relate to. Passover begins on March 27 this year, and the Jewish Museum has put together an eclectic selection of television episodes and movies that feature Passover scenes. Enjoy these selections — from comedies to dramas — available to stream on various platforms.

Difficult People
“Passover Bump”
Season 3, Episode 1, 2017
For some, seeing family members at the Seder can be as dreadful as it is delightful. When Julie fails to get antidepressants to get through her family’s dinner, she finds herself armed with only a meditation app against her garrulous aunt.
Watch on Hulu

Curb Your Enthusiasm
“The Seder”
Season 5, Episode 7, 2005
Tensions run high when Larry invites the neighborhood pariah to his home for the Seder, putting Passover hospitality to the test.
Watch on HBO Max or Prime Video with HBO Max

GLOW
“Outward Bound”
Season 3, Episode 6, 2019
On a camping trip during Passover, a group of young women unpack their own encounters with oppression and racism over a retelling of the Exodus story.
Watch on Netflix

High Maintenance
“Elijah”
Season 1, Episode 9, 2013
Featuring bacon-infused matzoh balls, dinner by a Top Chef reject, and a bike-riding marijuana delivery guy, this episode has everything for the perfect Seder disaster.
Watch on HBO Max or Hulu with HBO Max

The O.C.
“The Nana”
Season 1, Episode 23, 2004
When Nana comes to the Seder and has nothing to complain about, everyone knows something is up. As it turns out, she’s keeping a secret — one that causes strife before the Seder.
Watch on HBO Max

Transparent
“Life Sucks and Then You Die”
Season 3, Episode 7, 2016
Preparations for a Seder lead to a dispute between Rabbi Raquel and the religiously clueless Sarah about the purpose of the holiday and faith.
Watch on Prime Video

Streit’s: Matzo and the American Dream
2015
An enjoyable documentary about the last family-owned matzo operation in America, and how one family held onto tradition against all odds. A story as much about matzo as the history of the Lower East Side, this story pays homage to a cornerstone of the neighborhood in its last year in NYC.
Watch on ChaiFlicks (with bonus content) or Prime Video

Europa Europa
Directed by Agnieszka Holland
1990
In the midst of a dire crisis, scenes from a Passover Seder surface in the dreams of a young Jewish man hiding as a non-Jewish German orphan in Nazi Germany.
Watch on Criterion Channel

Uncut Gems
Directed by Benny Safdie and Josh Safdie
2019
This film touches on elements of a contemporary Jewish American Seder: the kids’ table, the photocopied Haggadahs, the post-dinner lounging around. Add in an NBA playoff on the same day and a sports gambling addict played by Adam Sandler, and you have an edgy picture of an American suburban Seder.
Watch on Prime Video or Netflix

Rugrats
“Passover”
Season 3, Episode 23, 1994
Watch on Hulu or Prime Video
When the kids tell Grandpa that they think Passover is a boring holiday, Grandpa tells them the story of the Exodus, and the kids realize how exciting the story is through their own reenactment.

Stream these Passover Picks was originally published in Oil Filter Malossi for Scooter Benelli 125 Velvet 2002-2003 0313 on Medium, where people are continuing the conversation by highlighting and responding to this story.

The Jewish Museum highlights Elinor Carucci’s photographs of the iconic collars worn by the late US Supreme Court Justice Ruth Bader Ginsburg on the anniversary of her birthday.

Today we honor Ruth Bader Ginsburg on what would have been her 88th birthday. After the late US Supreme Court Justice passed away in September 2020, TIME magazine commissioned Elinor Carucci to photograph her celebrated collection of collars. The resulting suite of intimate still life images, “The Ruth Bader Ginsburg Collars,” is now part of the Jewish Museum collection.

This South African beaded collar was Ginsburg’s favorite. She wore it often, including in her official court portrait. The necklace is so iconic that its geometric pattern — which gleamed white against her black judicial robe — is now synonymous with the late Justice herself.

Ginsburg, who was the second-ever woman to sit on the Supreme Court, wore these collars not just to emphasize the overdue feminine energy she brought to the court, but also to encode meaning into her dress — a sartorial strategy practiced by powerful women throughout history. Her early penchant for traditional lace jabots later gave way to necklaces made of beads, shells, and metalwork from around the world, many of them gifts from colleagues and admirers. Seen as a whole, the photographs offer a collective portrait of the late Justice through these objects imbued with Ginsburg’s personal style, values, and relationships.

Born in 1933 to an immigrant Jewish family in Brooklyn, New York, Ginsburg was one of nine women in a class of 500 when she enrolled at Harvard Law; she later graduated first in her class from Columbia Law in 1959. Despite her exceptional academic record, as a woman and a mother, she was unable to find a law firm that would hire her at a fair salary. She turned to teaching, becoming the first female professor at Columbia to earn tenure. As director of the Women’s Rights Project of the ACLU during the 1970s, she led the fight against gender discrimination and successfully argued six landmark cases before the Supreme Court. In 1993, she was appointed to the Supreme Court herself.

As a Justice, Ginsburg continued her lifelong advocacy for women’s rights and gender equality. She often noted how the Jewish principle of tikkun olam (repairing the world) guided her work. Over nearly 30 years, she wrote many notable majority opinions that reflected quintessentially liberal views of the law. On the days that these were announced from the bench, she wore this gold and yellow sunburst collar to celebrate her victories.

Carucci’s photographs of Ginsburg’s collars serve as a reminder of the late Justice’s determined spirit, as well as an undeniable record of her absence. Nowhere is this tension felt more keenly than in this image of the bejeweled collar Ginsburg famously wore on the days she passionately argued her dissents. This necklace was her battle armor, meant symbolically to protect her, and by extension, the marginalized groups — women, minorities, immigrants, the queer, and disabled — whose rights she championed for over six decades.

The still life series of Ginsburg’s collars is something of a departure for Carucci, an Israeli-American artist whose photographs typically examine intimacy, family, motherhood, and women in moments drawn from her own life. “Yet,” Carucci says, “I still see this project as being just as personal as any of my other work. Ruth Bader Ginsburg held special significance for Jewish women like me who dreamed of living a life that combined career success with tikkun olam. She represented my identity, values, and connection to America. She represents the values I hope to one day hand over to my daughter, [who, like Ginsburg,] is an American Jew, the child of an immigrant.”

The Ruth Bader Ginsburg Collars was originally published in New special bollywood designer women / girls red color kurta ski on Medium, where people are continuing the conversation by highlighting and responding to this story.